Shopping Cart
Your Cart is Empty
Quantity:
Subtotal
Taxes
Shipping
Total
There was an error with PayPalClick here to try again

Thank you for your business!You should be receiving an order confirmation from Paypal shortly.Exit Shopping Cart

Your Health Is Our Priority

Chronic Illness Advocacy & Awareness Group, Inc. stands for compassionate, patient-centered health care which promotes quality of life. We advocate and lobby for federal protections to be enacted to protect the chronically ill and disabled.  We stand up during a time where patients are being neglected due to health care policy changes and are being denied life-saving medications.

We support ALL patients, whether that be patients having access to proper pain management to be able to live without debilitating pain or medication assisted therapy for substance use disorder or someone who needs counseling or medications for behavioral health issues.

We are all human and we are all deserving of compassionate care. 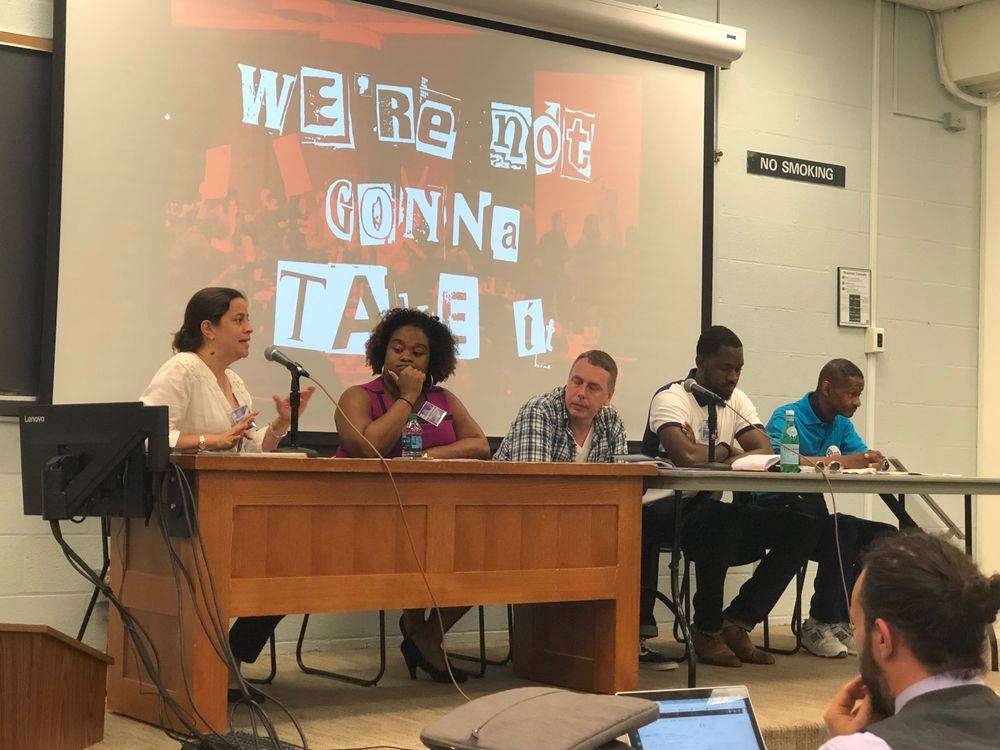 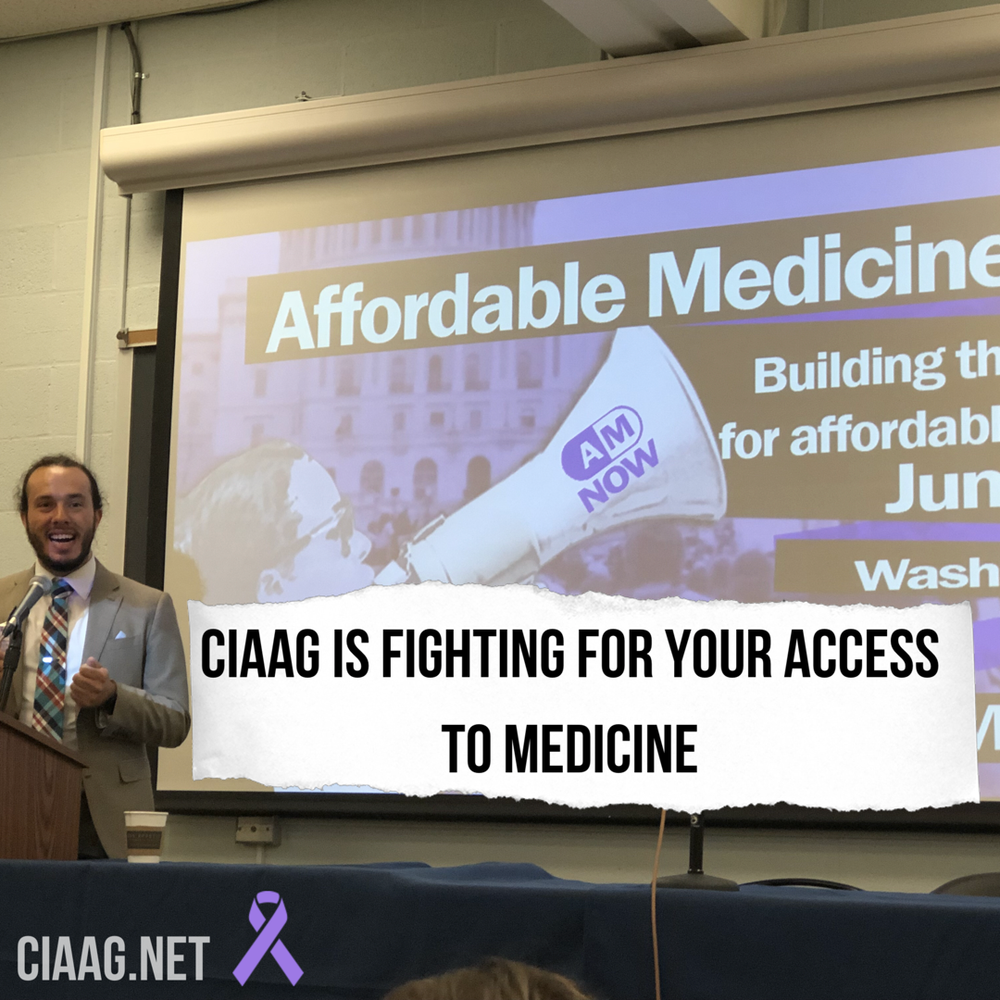 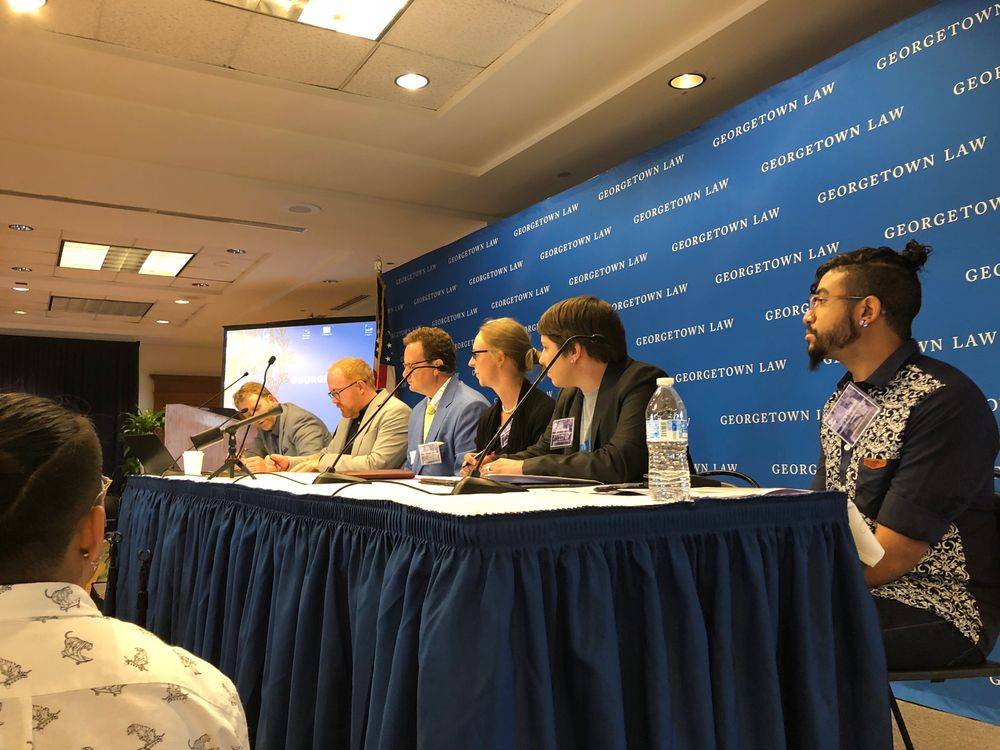 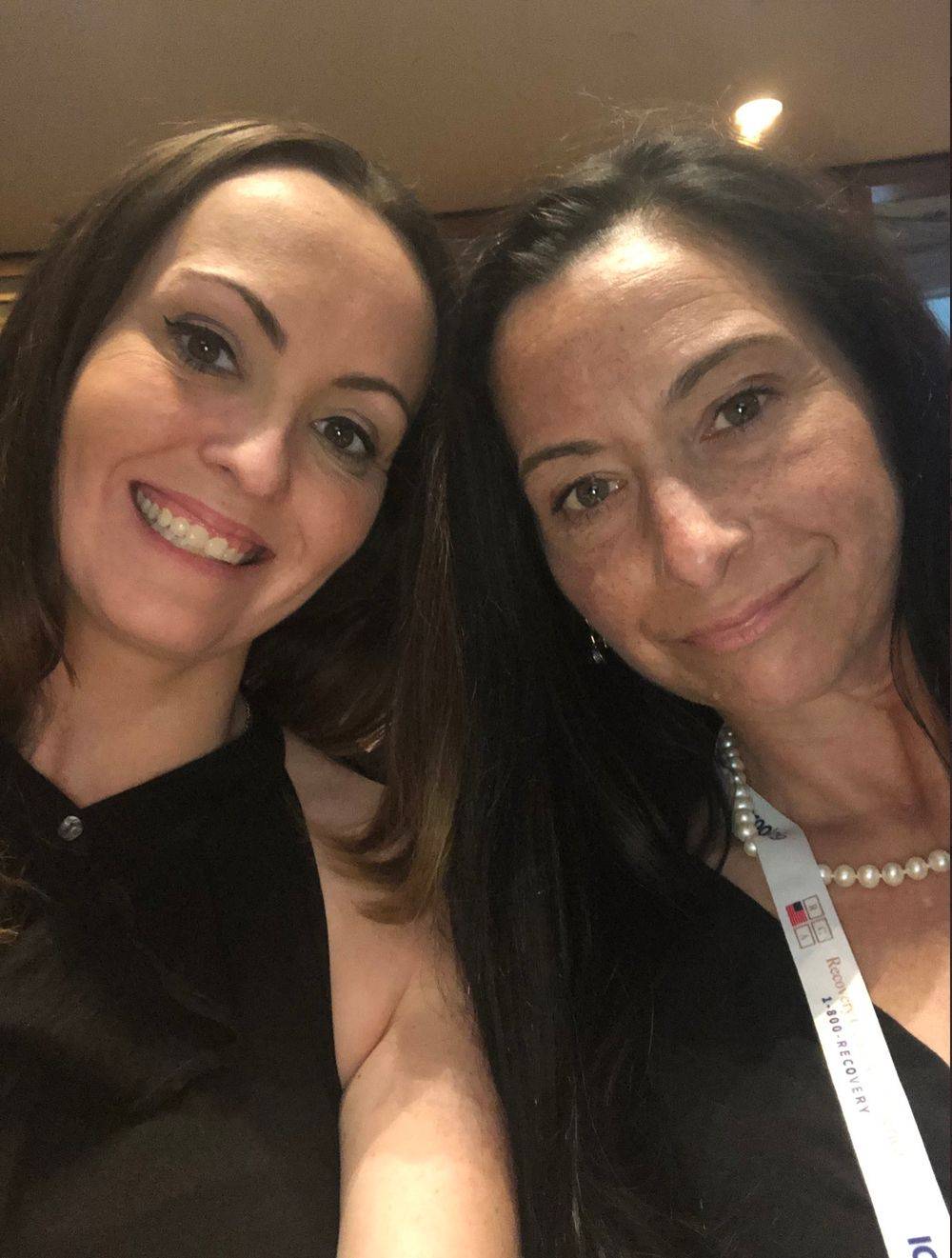 CIAAG's Work at The VNGOC

CIAAG Calls for Pain Management as a Human Right

Office of Drugs and Crime

May 2, 2021   CIAAG Founder, Lauren Deluca, was featured on Fox News, Boston commenting on the study: One in Five People Suffer from Chronic  Pain: The Debate Continues on the Proper Role of Opioid Analgesics

May 2, 2021 CIAAG presented to the Chapman Spoonie's at Champman University where she hared CIAAG's Founding story, current research findings and our Organizational goals to help advocate for people to receive individualized health care, free from discrimination and bias.

March 15, 2021  CIAAG partners with Adrenal Alternatives on a joint campaign to advocate for disabled patients to have a right to caregivers during the COVID pandemic.

February 23-24, 2021  CIAAG joined the International Publication Planning Meeting in presenting, "The Pursuit of Public Health & How to Build Trust in the Industry" and "Understanding the Powerful Impact of Trusted Voices".

February 7, 2021 CIAAG President, Lauren Deluca, joined the "Patient Advocacy Show" with Academia and students from Touro University discussing the new rule from HHS  rule in the 2021 CPT manual regarding guidelines for office and outpatient Evaluation and Management (E/M) Services.

February 1, 2021 CIAAG President, Lauren Deluca and Vice President, Shasta Rayne Harner both endorse "Open Letter to the Acting Director, Agency of Healthcare Research and Quality"  authored by Subject Matter Expert in Public Policy, Richard A. Lawhern, PhD, advising that a formal complaint was submitted to the House of Representatives Committee on Government Oversight and Reform, on grounds of fraud and abuse in regards to the validity or lack thereof for methods applied in Comparative Outcomes Review 240.

December 10, 2020:  CIAAG sends a copy of "Addressing the Tri-Crisis" to the Biden/Harris Administration.  In this document, we outline goals and recommendations that we would like to see the administration take within the first 100 days of office.

September 24, 2020: CIAAG shared the results of a Academic study, Capturing Well-being While Immunocompromised, which they helped facilitate as Community Partners with the University of Pennsylvania, to help show the impact of COVID-19 on individuals living with auto-immune diseases.

August 29, 2020:  CIAAG issued a press release for their exclusive research report, "A Crisis Exploited," which explores the professional and financial ties of high powered individuals, Academia, Advocacy Organizations, Pharmaceutical Organizations and Data Analytic Companies in relation to the pain studies being conducted/funded by grant monies at the National Institutes of Health.

June 25, 2020:  CIAAG joined 72 organizations endorsing a joint proposal for equitable access for treatments, vaccines and diagnostics, resulting from the ACT-Accelerator.

June 15, 2020:  CIAAG Vice President, Shasta Rayne Harner was featured on The Rapp Report where she and show host, Branden Rapp discuss Violation of a Nation.

May 14, 2020:  CIAAG sent a joint letter to CMS requesting communication with the states to permit 90 day supply of schedule II medications during COVID19 pandemic.

May 4, 2020:  CIAAG joined 58 organizations endorsing a joint letter urging to accelerate the development, availability, and equitable access to safe, quality, effective and affordable diagnostics, therapeutics and vaccines against coronavirus.

April 10, 2020:  CIAAG endorsed a joint letter, COVID-19: Principles for Global Access, Innovation and Cooperation, promoting access for all, solidarity and global cooperation toward the common goal of treatment and vaccinations to address the global health pandemic we are facing as a result of the COVID-19 outbreak.

February 25 - 26, 2020:  CIAAG Vice-President, Shasta Rayne Harner, joined The International Publication Planning Meeting to discuss patient advocacy with a clinical researchers from around the globe. Her presentation, Words Matter, focused on research and its direct implications on medical care, treatments and the overall care a patient receives and how it is vital for researchers to take care with the language they use in their work.

November 19, 2019:  Our team met with a Massachusetts State Representatives office to discuss the current state of public health policy and the negative consequences of our lawmakers relying on unqualified individuals to advise on healthcare policy and pain management.

November 11, 2019:  CIAAG Members joined in our "Call to Action" to email lawmakers in all 50 states sharing our concerns regarding unqualified individuals, with personal bias and agendas, to be advising our lawmakers on healthcare policy and public health changes. Our members sent emails to every single lawmaker in their home state along with a copy of a recent publication, "Damaging State Legislation Regarding Opioids: The Need To Scrutinize Sources Of Inaccurate Information Provided To Lawmakers" which outlines this very issue.

October 18, 2019:  CIAAG Founder, Lauren Deluca, addressed the United Nations at the 6th Intersessional Meeting of the 62nd United Nations Commission of Narcotic Drugs in Vienna, Austria.  CIAAG highlighted the need for balance in the US strategy on combating the illicit drug crisis. Focusing in particular how the regulatory approach  to combat the crisis is negatively impacting patient care and public health/safety.

September 8, 2019:  CIAAG Vice President, Shasta Harner, joined host Giazilla Rawrr on Blunt Force where they discuss living with rare disorders and daily, debilitating pain, and what it feels like to have our dignity, ability to function, and quality of life stolen from us due to regulatory/policy changes.

June 17, 2019:  Our team met with Massachusetts Department Health & Human Services Chief of Staff to discuss our CIAAG's work in the local community as well as activities being undertaken at the state level that may have a negative impact on patient care and access to life sustaining opioid analgesics.

June 8, 2019:  CIAAG was featured in RSDSA Summer Newsletter who featured the founding of CIAAG, our trip to the United Nations, the State Leadership Program and more!

May 28, 2019:  CIAAG joined 50 Organizations in an open letter to the Delegates at 72nd World Health Assembly on Transparency Resolution Negotiations.

May 15, 2019:  CIAAG Founder, Lauren Deluca, joins Matt Connarton’s UNLEASHED 95.4 WMNH - Manchester NH, where they get real about America’s pain crisis and the illegal clinical trial running through our healthcare system.

April 24, 2019:  Centers for Disease Control & Prevention issued a statement “CDC Advises Against Misapplication of the Guideline for Prescription Opioids for Chronic Pain.”

April 8, 2019 to April 9, 2019:  Our team traveled to Washington, D.C. to met with various with various Congressional and Senatorial Committee Leaders to discuss our findings in “Violation of a Nation”

March 27, 2019:  CIAAG Director of Research, was featured in PennLive: Opioid epidemic’s other victims: Patient in pain who can’t find relief where he shared his story of struggling with accessing management services for his co-morbid chronic illnesses.

March 13, 2019:  Our team met with Senator Kamala Harris's staff to begin conversations about CIAAG’s work and the untreated pain crisis in America. We shared concerns regarding potential financial incentives motivating public health changes as well as the direct impact it's having on the patient population.

February 12, 2019:  Our team met with Kansas Governor Laura Kelly, Chief of Staff, to discuss the untreated pain crisis in America. We discussed the impact the current regulations are having on healthcare services and patients across the nation. The governor's office has no Opioid Task Force in place nor one planned as their primary substance of abuse is methamphetamine. The governor’s office is keenly aware of how the new federal regulations are impeding patient care.

January 23, 2019:  Our team met with Michigan Congress Members to discuss our Organizations work for the chronically ill and disabled. We discussed how the current approach to the Opioid Epidemic is in fact now creating a crisis of untreated pain leading to increases in patient abandonment, abuse and a drastic rise in suicides in America.

January 22, 2019:  CIAAG joined 70 Organizations in a Joint-Letter to Congress expressing our concerns regarding provisions included in the proposed NAFTA 2.0 (referred to by the Trump Administration as the United States-Mexico-Canada Agreement); which would entrench and expand prescription drug monopoly protections, thwart competition and undermine efforts to expand access to affordable medicines.

January 21, 2019:  Our team meet with Oregon Senator Ron Wyden's Health Staff to discuss his correspondence to Secretary Alex Azar where the HHS Inter-Agency Task Force for Pain is being questioned by his office regarding transparency and in particular, his office's concerns the Task Force’s focus on the damaged caused by CDC Guidelines.

January 5, 2019:  CIAAG was featured in Tears of Truth, which highlighted the recent news coverage by Fox News as well as our Organizations participation in the 61st Commission on Narcotic Drugs, at the United Nations headquarters in Vienna, Austria.

November 26, 2018:  CIAAG Founder, Lauren Deluca, was featured in The Fix: The Other Side of the Opioid Epidemic: Chronic Pain Patients

October 29, 2018:  CIAAG has joined 45 Organizations urging Congressional leaders calling on them to reject any measures that would increase drug costs for consumers, including rolling back the provisions in the Bipartisan Budget Act of 2018.

August 28, 2018:  CIAAG Founder, Lauren Deluca, was featured in Politico: “How the Opioid Crackdown is Backfiring”

July 20, 2018:  CIAAG Founder, Lauren Deluca, was featured in Part 3 of a three part series by The Social Exchange “Where the Story Meets Pain” by host Zach Rhoads.

June 15, 2018:  We introduced “Words of Pain” a blog run by the chronic pain community, in hopes of enlightening the public of the realities of chronic illness pain.

June 7, 2018:  Chronic Illness Advocacy & Awareness Group joined 45 Organizations in a Joint Letter to the Honorable Charles E. Grassley and the Honorable Dianne Feinstien in their role as Chairman and Ranking Member of the “Committee on Judiciary” in support of the “CREATES Act." The Creates Act is a bipartisan, market-based reform that will speed the introduction of generic medications to help restore the balance between innovation and affordability of medications.

April 11, 2018:  CIAAG founder Lauren Deluca was featured as a guest expert during an interview with “AlphaAdvocates” Lauren lead an LIVE educational seminar to over 40 start-up healthcare organizations, educating them on the facts verse fiction in the face of changing regulations in our healthcare. In addition, she presented various ways other Non-Profit Organizations as well as patient advocates can effectively advocate for themselves and the community they serve.

February 1, 2018:  CIAAG Founder, Lauren Deluca, was featured in a Prevention Magazine article: “The Other Opioid Crisis” by Peter Moore.

January 15, 2018:  CIAAG joined over 60 organizations and independent groups urging the U.S. Senate to reject Alex Azar as Secretary of Health & Human Services. Azar has a record of driving up domestic prescription drug prices which would negatively impact our community.